Hello!  This is Car Design Academy.

[Interview] I met a car designer!  – Mr. Hutzenlaub from Mercedes-Benz 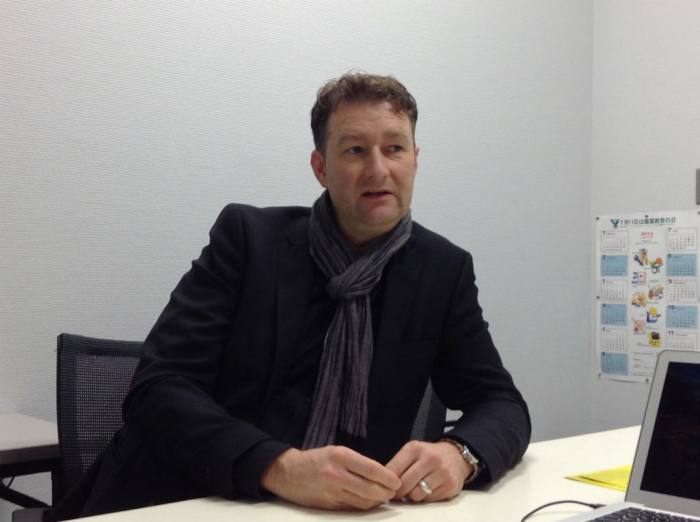 Holger Hutzenlaub – Born in 1967. After graduating from the University of Ulm, he went to Pforzheim University to study car design. After taking 2 internships, he joined Mercedes-Benz. He was responsible for E-, S-, and CL classes and exterior/interior designs for various production of cars. He became a project manager. In 2003, he took over the management of S-/CL-/SL-/SLK-/SLR-Classes and Maybach planning project. Currently, he is a design director for the advanced design.

My grandfather worked for Mercedes-Benz as an engineer and test driver in the test division.  He was a pioneer of F1 racing. My father also worked for Mercedes, so three generations in my family has been working for this company.

Therefore, I had grown up in such an environment where cars were always beside me. Now, I understand that it was a very rare environment.

When I was very little, I was a kid that liked drawing cars all day.

It often bothered my teacher at school because I was drawing cars even in class.

I was crazy about go-carts when I was 14 years old.

Because go-carts don’t have any covers on top, so I designed covers by using plastic panels and played with it.

That was the first time I designed cars in my life.

It was those days when I started thinking of becoming a car designer or engineer in the future.

One day, my father gave me a miniature C111 car.

That C111 gave me a huge impact. Unfortunately, during that time, Mercedes was looked upon as ‘the most boring car designer in the world’ because they had kept the same traditional style and no aggressive car designs like sport cars. 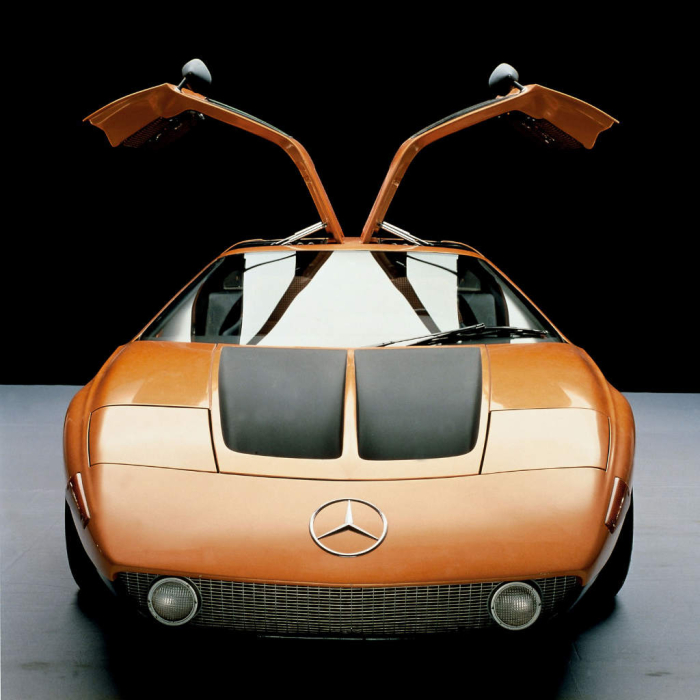 Then, I had started to think, “I want to make a design of new cars for Mercedes one day.”  I had started  drawing sketches every single day as I was looking at the C111.

I also practiced sketching cars by  looking at car magazines. No one taught me how to design cars until I went to university.

Both my grandfather and father didn’t teach me car designing, however they only asked me to wash their cars.

It was actually very important, so please listen well if you would like to become a car designer.  Washing cars is the best way for learning car design.

You touch cars with your fingers and understand the car shapes.

It doesn’t work if you only look at photos.

To touch and look at cars very closely from various angles, and  know the shapes…

Touching is the best way to learn car shapes.

Just like a man loving women and touching her.. if you see a cool car, you would like to touch it right? 😀 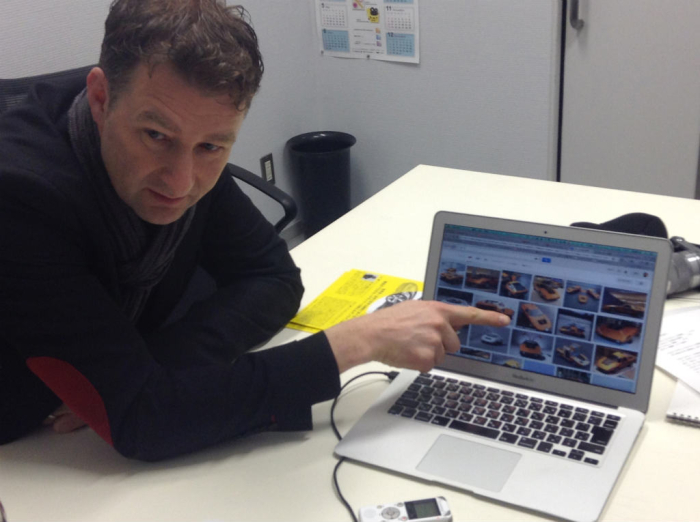 Going to University for learning engineering and car designing

I went to the University of Ulm to learn engineering after graduating high school.

I wasn’t sure whether I will become a car designer or an engineer during the time. I graduated from the University of Ulm and then went on to Pforzheim University.

Pforzheim University is well known for its high design education and people all around the world come to the university for studying car designing.

However, the university is not open to anyone. If you would like to go to the school, you have to send your portfolio first and have to be qualified as a candidate for the entrance exam.

At the university, the students will learn general studies for the first two years.

I learnt basic history and culture of designs, and I also sketched a naked woman as a subject of sketching class.

Then in the last two years I learnt car designing technically.

However, please note that there are not so many opportunities to be taught by professional car designers  provided for the students in the university.

There was no textbook for designing cars, so I sneakily had observed and absorbed ideas from classmates or seniors.

In fact, my first time I was taught car design by a professional car designer was during my internship at  Mercedes.

Of course the internship was not open for everyone.

I sent my portfolio to a lot of car makers to show my ability.

Around the time, there was no guide lines for applying, and auto makers did not announce about dead lines, so I had sent my portfolios at my best timing.

That is totally different wth the recruiting system in Japan.

Just like me, people all over the world who want to become a car designer sent out their portfolios anytime.

Among them, only a few people who have enough ability for design were approved and could participate in the internship.

Including me, there were 8 people who participated in the internship.

Today, the internships process has changed a lot. The company let students to join a actual project and check their skills together, and then the students will be hired.

When I was a university student, I participated in the internship twice in a period of 6 months.

Then I finally was able to join Mercedes. 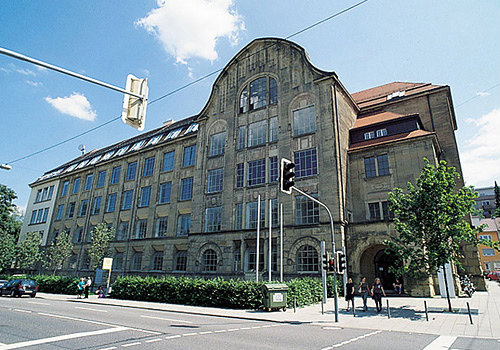 The University of Ulm is located in Ulm city, Baden-Württemberg state, Land baade, Germany.  It was established in 1967.  The faculties for the university only included natural science, engineering, mathematics, economic science and no humanities.  There are over 7000 students and natural science is the top class in the domestic rankings. It is a small university but science courses have a high reputation.  The campus has laboratories for Daimler, Nokia, and Siemens.

Is there any requirements for being a car designer? and What is Car Design Job’s attractiveness?

・ What is the attractive point in Car Design jobs?

First of all, it is actually so complicated to design cars because it has a lot of elements, but that’s why it is very fascinating for many people.

I’m proud of my job and feeling it as exciting work.

・ Is there any requirements for being a good Car Designer?

It might seem like I learned so many things that are not related to Car Design, but those studies relate to my designer’s life.

There was nothing about cars in the first two years at  Pforzheim University, but I was curious about many things and studies. Now I am realizing that they have influence on my design now.

A good car designer does not mean a designer with only good sketching skills.

Of course, car designers should have  high skills for designing and digital expression, however there are some car designers who are not good at creating new designs.

Especially, those people who are focusing on brushing their skills up or try to go forward in the shortest way will tend to stick to this condition.

There is no short cut for designing.

Of course it is very important to express your imagination into 3D form, however, if you don’t have the ability to expand your imagination, it’s putting the cart before the horse. 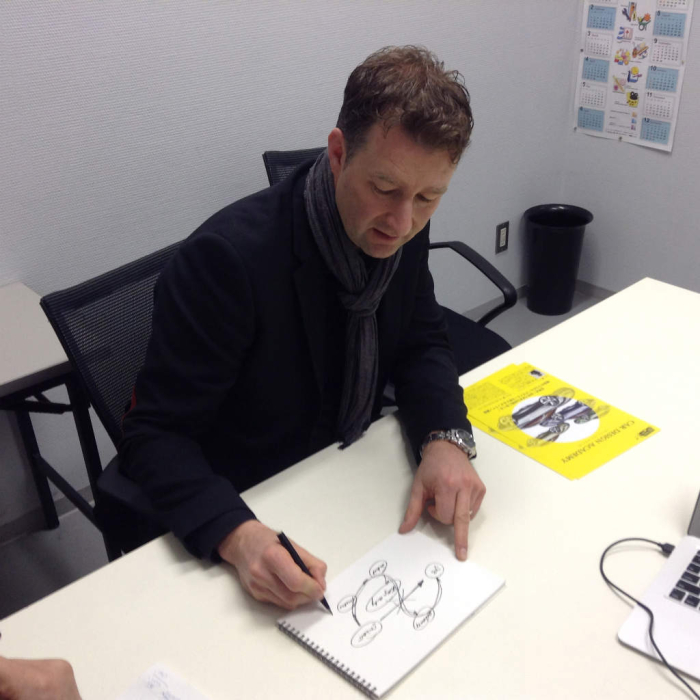 Mr. Holger is draws a chart for us to explain.  Take a detour, you will get your creativity along the long way, with many experiences.

・ How did you think about Car Design Academy’s online education system, including our original texts and video materials?

I studied car design almost all by myself until the internship at Mercedes.

To become a car designer, it is required to have the skill to express your design intentions. By receiving advice from professional car designers, your skill for drawing lines, perspectives and surface expressions will improve greatly.

In the professional scene, no one corrects your design.

If I met CDA in the early stage of my life, I would apply to CDA.

・ Could you give some messages for people who are aiming to become car designers?

The most important thing as a car designer is “curiosity.” With having interests for various things, opening your eyes, touching it, please have a lot of experiences.

These are basically important for you. I believe that without curiosity, new valuable designs would not be born.

Being a car designer is very fun.

Please make your dream come true with much practice. 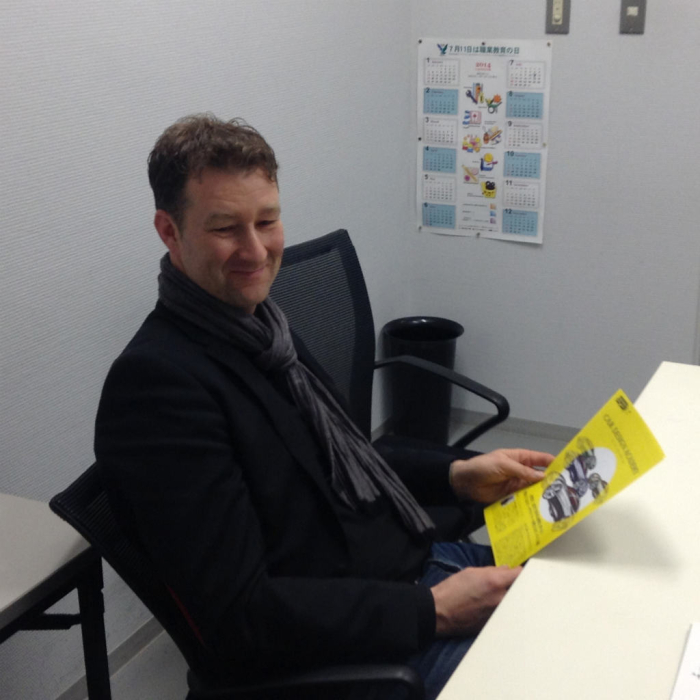 There are so many different things with Japan! such as university entrance systems, learning car design and recruitment in auto makers.

It will inspire you. The road to being a car designer is really depending on you.

By the way, we are very pleasure to hear his evaluation for our Academy.

Thank you so much Mr. Holger for taking your busy time to this interview! 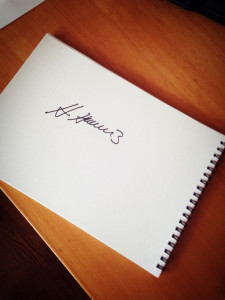