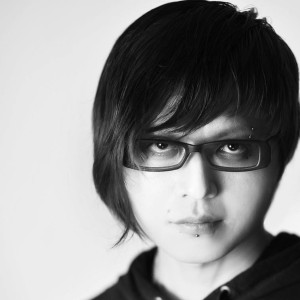 He was born in 1979, Ueda city, Nagano, Japan. Graduating from Tokyo Communication Arts College in 1995, he joined Honda Motor Co., Inc. Specialized in developing products targeting the young generation, he was in charge of concept and design for Ape and ZOOMER. On the side, he manages an accessory brand, named product_c. His recent work includes motor scooter GIORNO. The 42nd Tokyo Motor Show Model, “motor compo” had much attention from many countries in the world. In 2012, he left Honda and founded pdc_designworks. While teaching at TCA as an instructor, he is currently more active working on various projects. In 2014, he assumed the post of Academy Adviser and Instructor at Car Design Academy.

“Don’t focus just on brushing up your design knowledge. If you are trying to become a car designer, don’t only focus on building your knowledge on cars, but have interests in other things as well…It’s not only about cleaning up your output. In order to make output valuable, you need to input many things as well. It is OK to have wide but shallow interests. BUT it is important to put in as much as possible. I use to input as much information even when I went to go out with my friends during school. I want everyone to become a designer that can design a car, but design the things that surround the car’s environment too.I think this is the most important thing…” Read more