From time to time we will update the best selling cars in U.S., Europe, Japan, China, and the rest of the region. Today let’s see what is going on in U.S. this year and discuss what it means from a car design and new car planning viewpoint.

An interesting phenomenon is going on in U.S. From Sedan to SUV. Customer preference for types of new car is getting more clear and looks like this trend is going to continue.  The below actual market sales statistic will give a car designer/ car development staff a lot of insight. Look at those cars: Ford F-Series & Escape, Chevrolet Silverado & Equinox, RAM, Toyota RAV4, Honda CRV, Nissan Rogue; these are all light truck (Pick-Up Trucks or SUVs.)  (See the right hand side of the below chart) 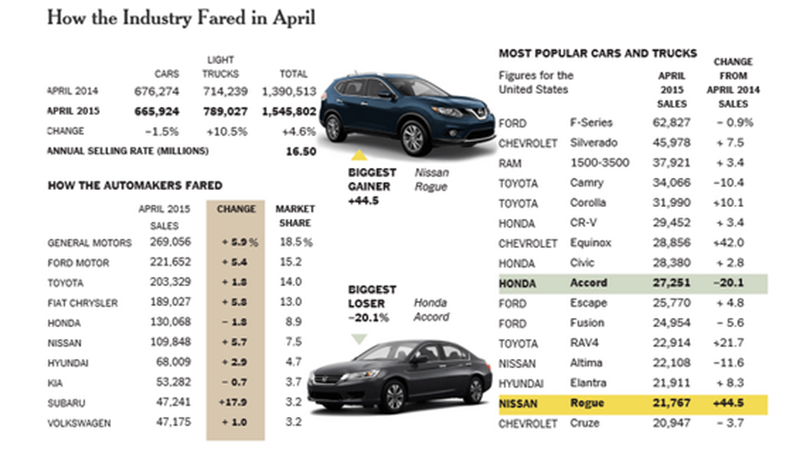 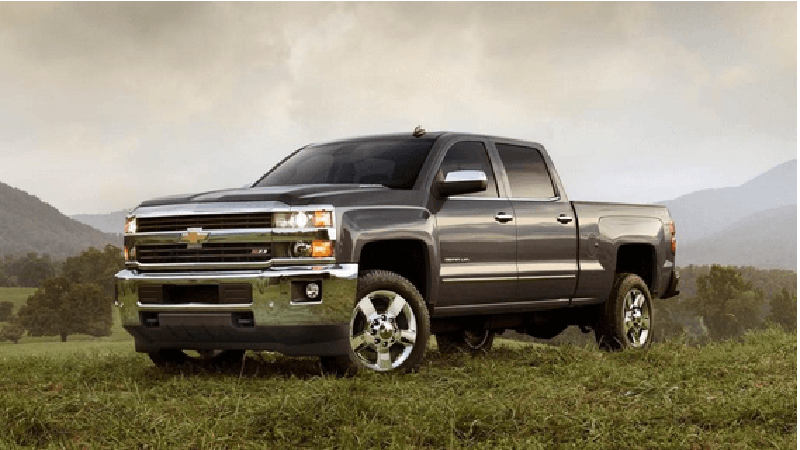 Chevrolet Silverado: Photo is from Chevrolet Web Site. It says ”The 2015 Silverado 1500 connects advanced technology with dependable craftsmanship, offering the most fuel-efficient gas V8 pickup truck engine ever. It was ranked #2 for best sold car in April.

What is a best-selling car in each region itself is valuable information, however, these statistic contain a lot more meaningful information to a car designer as well.  For example, let’s see why SUVs are popular now in U.S.?

Below is an excerpt from the article of New York Times on May 1st written by Aaron Kessler, “U.S. Auto Sales Jumped in April, Again Led by S.U.V.s and Pickups.”

“You (consumer) may start off looking for a Camry and when you get there (car dealer), come across a compact S.U.V.  And decide to move up,” Mr. Winslow (Vice President of Dealertack) said. “They find out they can get a better value. Indeed, the typical small S.U.V. may cost only a few hundred dollars more than a comparable car. And gas mileage is increasingly competitive as well.”

Toyota RAV4 Basic Model Catalogue Price is $23,680. Fuel Economy in terms of MPG is 24/31MPG, while same engine size sedan, Camry Basic model price is $22,970, with 31/35MPG. In April selling volume of Camry was negative 10%, while that of RAV4 was up21% from 2014. Photo, catalogue price, and fuel economy data are referred from TOYOTA MOTOR SALES, USA web site. 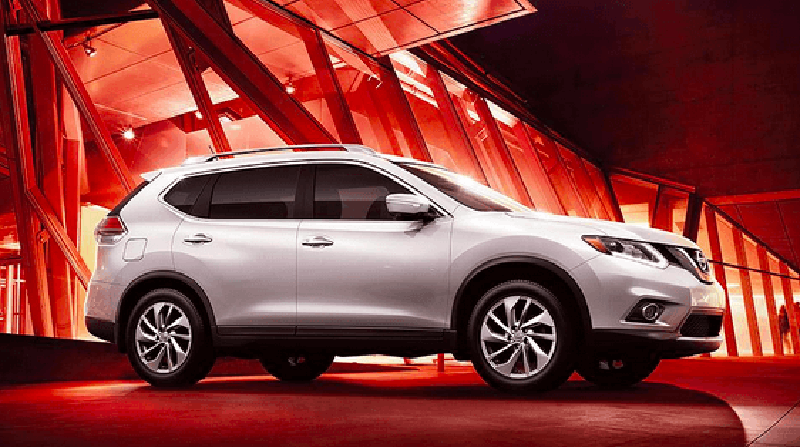 Consumers’ preference to buy light truck/SUV started in 2014. Look at the 10 year chart below which shows the breakdown of U.S. car sales “Passenger car (green bar) vs. Light truck (blue bar)”. In 2014 total car sales increased but number of passenger car sales actually dropped. This is exactly what NY Times article are pointing out in the above article. And more importantly, this trend is accelerating in 2015. 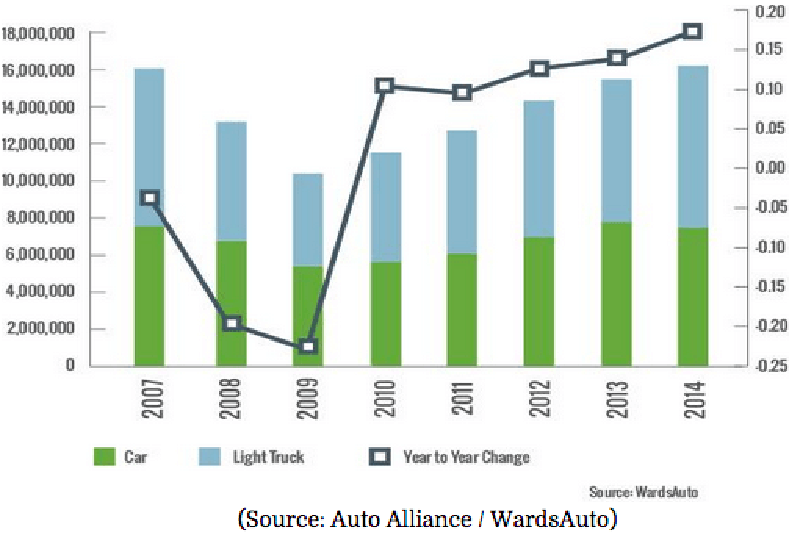 Isn’t this a very interesting statistic?  It reflects an undercurrent economic environment in U.S. First of all, consumers are willing to pay a few hundred dollars more to buy what they want. Why? The biggest reason is the steady improvement of U.S.employment conditions, so consumers’ wallet have more money than a few years ago.

The below chart shows that the U.S. unemployment rate jumped up over 9% from 5% right after the Lehman Crisis. During this dark period of 2008 & 2010, U.S. car sales had got suffered, come down by almost 13 million unit to 10.5 million unit, which is now an annual rate of 16 million units. Actually the flash May New Car Sales repot just came out which is showing annualized sales volume of over 17.7 million. 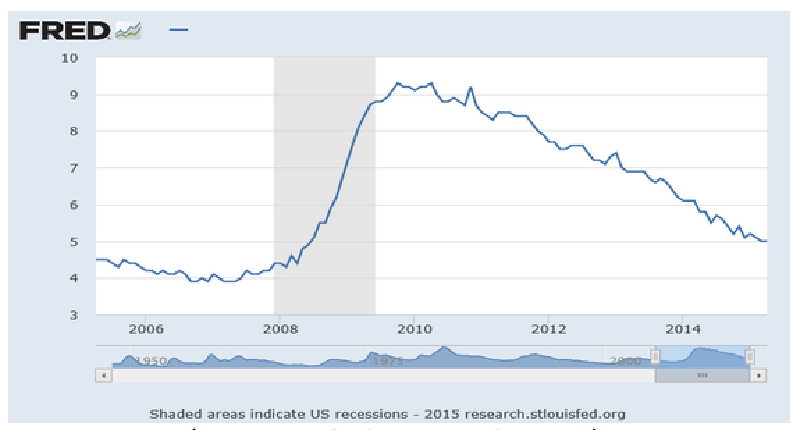 Now the latest U.S. unemployment rate is 5.4%. US economy has been recovering and that is why consumers have extra money to spend.

The second point what we should focus on is the last phrase of NY Times article.  It says “Gas Mileage is increasingly competitive.” Here is the chart for Crude Oil for last 10 years.

Until the end of 2014, for about 4 years, the crude oil price maintained somewhere in the neighborhood of $100 per barrel. During this period, world car makers have invested a lot of money for developing fuel economy efficient car.  Many Japanese car makers chose Hi-Brid type of car, such as Toyota Prius, or Honda Fit. EV has been a globally popular development choice, like GM or Nissan did.  European Makers invested for Diesel Engine with Turbo Charger to seek small engine to reduce CO2 emission, such as VW. These efforts have given a positive impact for fuel economy not only for passenger cars but also SUV/Light Trucks.

When consumers come to look for SUVs, they find much energy saving SUVs ever before. It means those GAS eater cars in the previous century which always increased Big 3’s sales during economic boom period will not likely to happen this time. Both U.S. consumers and car makers seem to be much more sophisticated this time.

When you look at this Crude Oil chart, you may feel odd what has been happening in the last several month. As overall economy is recovering, which should reflect the oil price to come higher, but this time it is opposite. Why? This is due to Oil Shale development and commercial production have been materialized. U.S. used to be the biggest oil importing country, but now U.S. is the largest oil production country in the world. 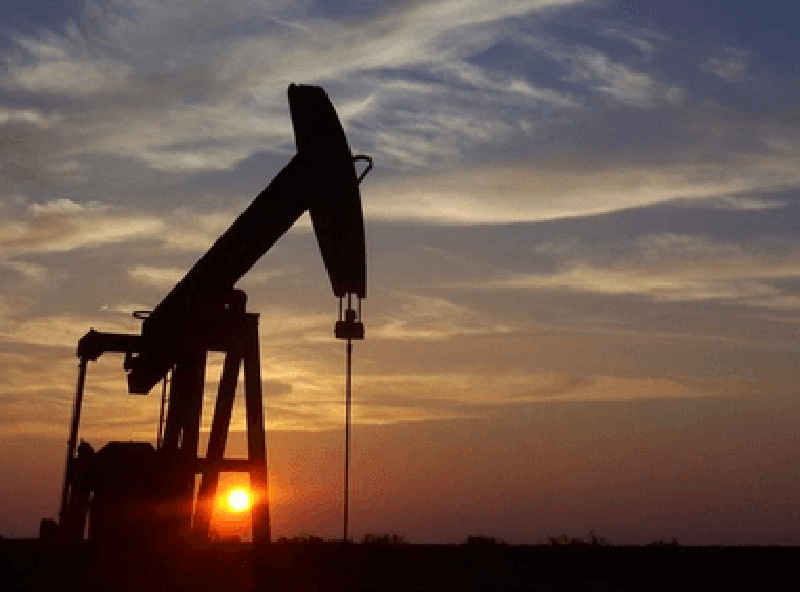 This is the Shale Oil/Gas mining rig. Photo is from Energy.Gov.

According to CNN, “Rystad Energy estimates U.S. oil production will average 9.65 million barrels per day in 2015, exceeding the previous all-time record set in 1970.

It’s an unusual time to have a record-breaking year. The world currently has too much oil. The supply glut has caused crude prices to go from over $100 last summer to under $50 this year. The reversal in prices has caused serious pain in the energy industry, leading to over 51,000 layoffs, deep spending cuts and tumbling stock prices.”

A lot of Oil rigs have shut down to avoid over production, but production still increases, because there will be some time lag (more than 6 months) to see rigs closure affect in the supply reduction. Meanwhile Middle East countries lost their price control powers because of U.S. output increase. This is what happening.

According to the International Energy Agency medium term forecast, it looks like we don’t have to worry about the crude oil price goes back to over $100 in the near future unless some terrible incidents happen in the Middle East. If the market comes back to certain level, say 70-80 dollars, then those closed rigs will restart operations in U.S. This indicates that  oil price will be more controlled by U.S. miners rather than OPEC countries.

Then as a car designer you need to think what these things indicate the future U.S. car sales trend.  When you plan your concept of new car,  you must check customers’ taste. In addition, you can say that car design job cannot be isolated from the real world economy.

By the way, our supervisor of Car Design Academy, Nori Kurihara posted an interesting idea in the car magazine called TIPO this April.

“I wish if I had such a car like this” I always toss-up various ideas.

When SUV was first introduced into the market, the image was wild, outdoor people’s car. Then, it was quickly accepted by the urban life. Nowadays, SUV is nothing special, driven by ordinary citizens.

I like SUV as well. Let me introduce one idea I have been fostering, which is a new car category called SUP, Sports Utility Pick-Up, which I am calling.  The sporty car tends to focus on only its driving performance. In order to satisfy speed and handling performance, they tend to neglect the practicability performance..

That is why my idea of SUP may catch the heart of consumers. If Luggage Carrier space is installed on to sports car, then that combination vehicle must be fun to drive. In California, the most sold car is Pick-Up Truck, always on the top of list. When you drive Route 5, main freeway from Seattle to San Diego, you will be surprised to see that Pick-Up Trucks are occupying the highway.

According to the newspaper, the demand for UTES is rising as well in Australia. On the other hand Pick-Up Truck is not so popular in Japan, or EU countries. These actual demand in the U.S. & Australia market may imply that SUP be the next car category. That’s what I am daydreaming.  What do you think?

Yes, what do you think? 5 years from now, what he calls Sports Utility Pick-Up may dominate California freeway.  Car designers’ idea creation and concept planning ability require to understand current consumer taste and economic environment, and then create something new which will be popular several years later. 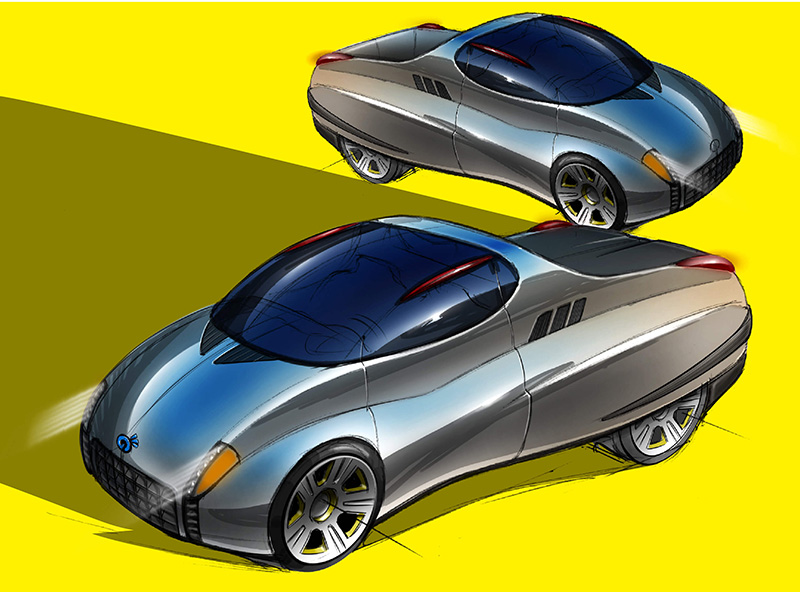 Yoshi Hashimoto, a director of International Department of NORI.INC, who has more than a quarter century of career path in U.S. and European Financial Institution. He graduated University of California San Diego Graduate School after he turned to age of 50. He plans to write articles bridging car design and his main background of international finance.